Up Up and Away

If you ever want to be surrounded by color and textures go to the Albuquerque Balloon Festival!  It truly is the adult version of DisneyLand and the happiest place on earth.  For nine days in October, the Albuquerque International Balloon Fiesta creates an enchanted world of special-shaped balloon rodeos, twilight balloon glows, and colorful balloon-filled skies. This is the largest balloon convention in the world. “Dawn Patrol” Balloons take off before sunrise and fly until it is light enough to see landing sites. It’s impossible not to be spellbound as you watch the mass ascension of so many colorful displays.

There are downfalls though.  In order to get parking and see the Dawn Patrol we left the hotel at 4:30AM.  Albuquerque mornings were brisk!  Actually that is an understatement, they were downright cold.  When the balloons were being fired up crowds turned on a dime oohing and aahing as they scurried towards the ones preparing for ascension. In between the cheering, a flurry of hands would raise and wave wildly. I thought at first it was a kind of salutation but quickly realized they were all running towards the fire for warmth. It didn’t take long for me to join the crowd!  For the amount of people at the festival, and believe me, I can honestly say I have never seen that many bodies in one spot before, there were very few incidents  of disruption.

From 6:30AM to 8:30AM the area was electric with excitement.  People simply stood  mesmerized as one by one balloons would take off.  It seemed as if the sky had opened up and poured colorful candy skittles everywhere.

9:30AM and we were back in the hotel to rest.  I really have to give a kudos to our guide, John Grusd of image adventures.   He was very accommodating and really if it hadn’t have been for his guidance in making this such an enjoyable experience, I’m sure the alarm might not have gone off at 3:15am each morning  and we would have missed some of the excitement!

Albuquerque!  A magical experience and really a bucket list for photography.

More photos can be seen on Fine Art America or look for gallery on this home page.  Enjoy. I know we did! 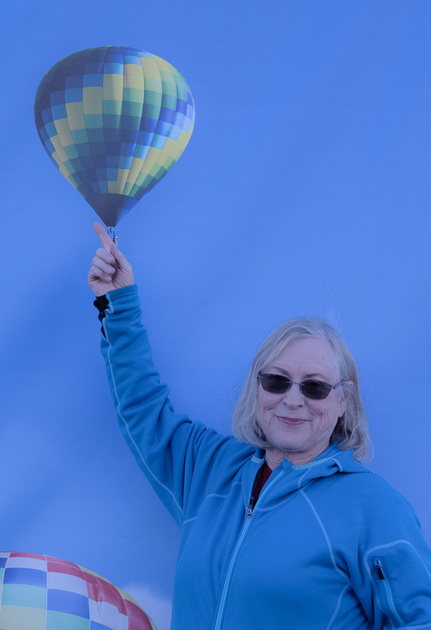