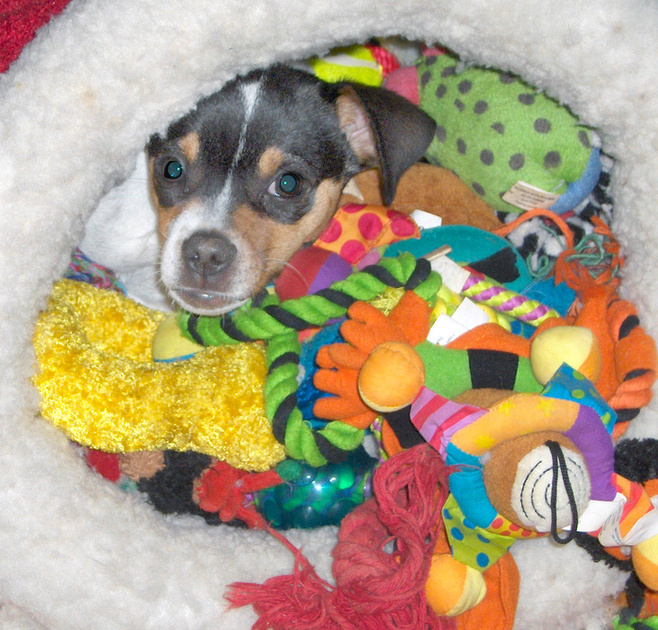 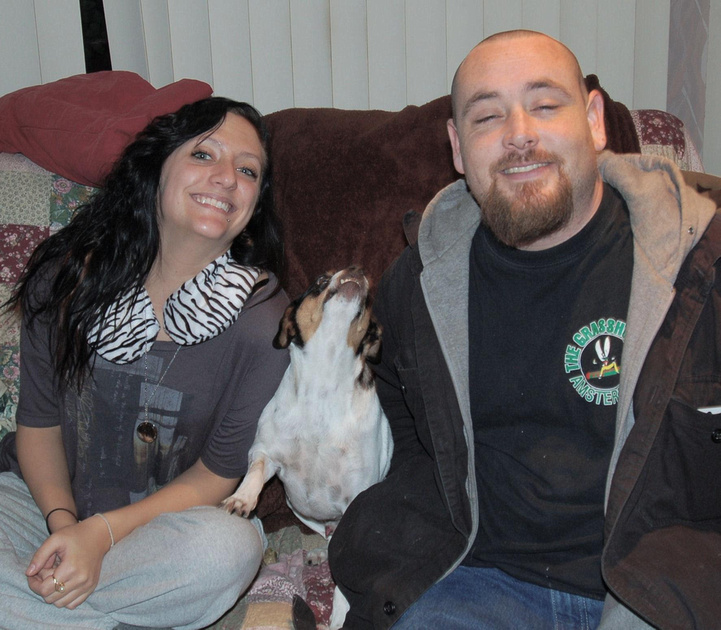 It was a couple of weeks before Christmas, a friend had lost her cat. I told her I would check Craigslist to see if there was any mention of a found kitty matching Mitten’s description.  Instead what I came across was an ad that read  ‘Urgently needed!  Foster home for a 2 pound dog over Christmas’ . That’s interesting I thought.  A 2 pound dog.  Maybe we could help out.  Len’s daughter was coming over the holidays and  this would be perfect to keep her occupied.  She confirmed it sounded like it would be fun.

The plan was in motion and Catherine and I contacted the rescue center and made arrangements to foster this 2 pound dog over the holidays.   ‘We’re really a cat rescue’ the lady explained ‘but someone dropped this dog off and he is so small he wouldn’t make it without extra help.’  She then brought in a little crate and sat it down.  When the door was opened out stumbled a puppy that couldn’t have been more than 5 weeks old.  Not a full grown 2 pound dog like I imagined!  Catherine and I both exclaimed at the same time, ‘he is so little and so cute! ‘  ‘Only for the Holidays ‘I quickly chimed.

He was a strange looking puppy with a small head, and an underbite that made him look like he was smiling the whole time.  His body looked like it was sandwiched between his head and tail and his legs were way too long for such a structure. He also had a very needy personality, which was probably to be expected considering his young age.  There was no doubt he was cute at this age, but it was questionable how good looking  of a dog he was going to be in the future.

The first few days he cried and cried and cried.  Catherine would pick him up and just cuddle with him on the couch.  He quickly developed entitlement issues and the couch was to be his domain.  To this day, he hasn't given up that spot.  There were some adjustments, but for the most part, Cricket, the poodle tolerated him.   The cats were horrified and  most important the grandkids loved him.

Christmas came and he frolicked among the presents tearing at the wraping paper. He made himself at home and admittedly looked quite cute when his head would poke out of a gift bag.  I had to remind everyone we were just taking care of him until a home was found. This statement had replaced ‘only for the holidays’  and soon began to stretch out longer than I anticipated.  Christmas came and went as did New years and Easter.  Brody hadn't budged.   I mean we really, really tried to find him a home.  Each new candidate  just wouldn’t work out for one reason or the other.  I would screen families. They would sound really interested and then they would see him and back out. He wasn’t what they were looking for. Granted he wasn’t the most attractive dog but he was a good dog. The issue was each time we had a prospective family Brody was given a bath, fed his favorite meal, and we would all take him on a last family walk.  He was getting to be a pretty clean little dog. After the last 'no show'  Len just put his foot down.  ‘Look ‘ he said, ‘Brody can’t handle this anymore.  He has feelings. He is getting way too many baths and a little pudgy from all of the last dinners. You get his hopes up and they are dashed.  He’ll just stay here.’  Brody must have known what that meant.  He jumped up on the couch, turned his head up and gave us that 'smile' as he posed for his first family photo.   I could have sworn I saw him wink!  Brody the Christmas puppy, was here to stay!