The fresh air, the exercise are all extra bonuses of being a photo tog.  Most of all, I would say that photography has allowed me to really take the time to really ‘see’ and appreciate the things that are around me.  It is also a hobby that will never be lacking for companions.

There are tons of meet ups, seminars, and gatherings that are always available, and there is never a lack of what to talk about.  As much as Len expresses an interest in my hobby, it is just not the same going with him on a trip as it is with someone who has a camera around their neck.  I am sure he feels the same way about his music.

I’m fortunate that my neighbor and friend of many years also picked up the same hobby.  The funny thing was that neither one of us found out that the other had gotten a digital camera until almost a year after the fact.  We lost no time making up for that and it goes without saying that it makes it a lot of fun having a like minded person to share with.

She recently told me a story about sharing our upcoming slough safari trip with an acquaintance.  Their mouth dropped open in surprise. “You are going on a kayak with your expensive gear?”    They must have missed the part that it was a paid tour and we were sitting high and dry.

Our photos of various wildlife, bears, tigers (all taken at the zoo mind you) can give an exaggerated vision of how we are perceived.  I must admit I had a brief moment of a romantic vision of camera slinging, mountain climbing, kayak boating grandmas swinging from the mountain sides and paddling down rivers looking for the best shot.

It goes without saying though that having a hobby that gets you out and about is not only medicine for the soul, but keeps one ‘young at heart!’ While we are adventurous and do get out as much as we can, the caveat is that we really prefer that it doesn’t involve heights, or  deep water , and there are definately times that we would love to have a camera caddy that likes driving:) 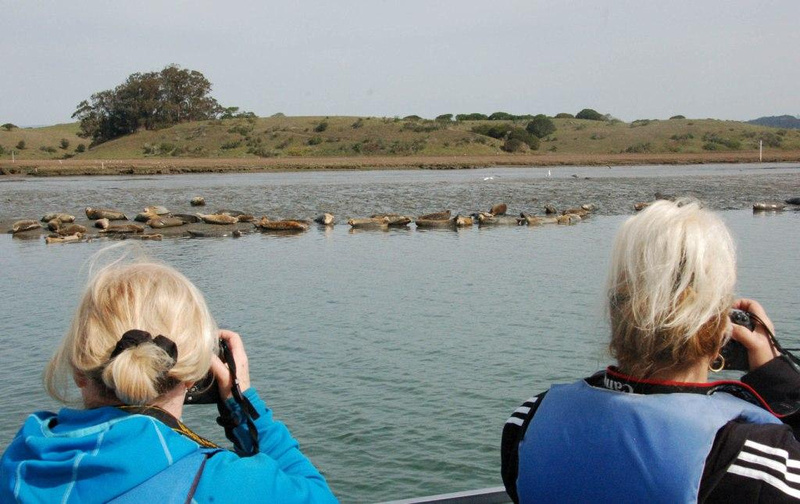