What a difference an hour makes

Last week we trudged over the hill to one of our favorite spots!  Santa Cruz is always brimming with good opportunities for image taking and we were holding our breathe for favorable conditions.  Now granted, we are limited in the amount of days we have free to do this trip, but I can tell you the weather forecast is not always correct.  What the morning news may say is favorable ends up being a challenge for us.   Sun can be no fun.   Give me some good old fog any day!

I love that 2nd cup of coffee, so it wasn’t too surprising that we got a late start.  The sun was beaming before we arrived at our destination.  The ocean however was in rebellion, and the waves crashed angrily against the rocks

We stayed at Natural Bridges for an hour or so then headed off to some other locations. Come afternoon, we were getting ready to leave but decided to head back for one last look, and what a look it was!  It was hard to believe that this was the same place we were at just hours before.  And harder to believe in all of our years in the area we rarely stuck around long enough to see the spectacular sunset!  (Of course that’s before we got the camera!) Wheres the sunset you ask?  The opposite direction of the rock)

So here we were gazing at the awesome sight of Natural Bridges through the mist.  The ocean had now resided and the sand glistened like a new walkway.

I had never thought of going ‘’through’’ the Bridges before, but here was our chance.  It stunk like moldy seaweed, but to see the molecules against the rocks up close was a real treat.  It was a rush to think that a few hours earlier this would have been impossible if not fatal.

We also had an extra visual treat watching surfers, silhouetted against the setting sun, riding the now rolling waves to shore.

So what’s the story here? Foremost, research sunset and sunrise times-- but give anything a few hours, take a few breathes and the outlook will be different.  Just stick around long enough to see it through. 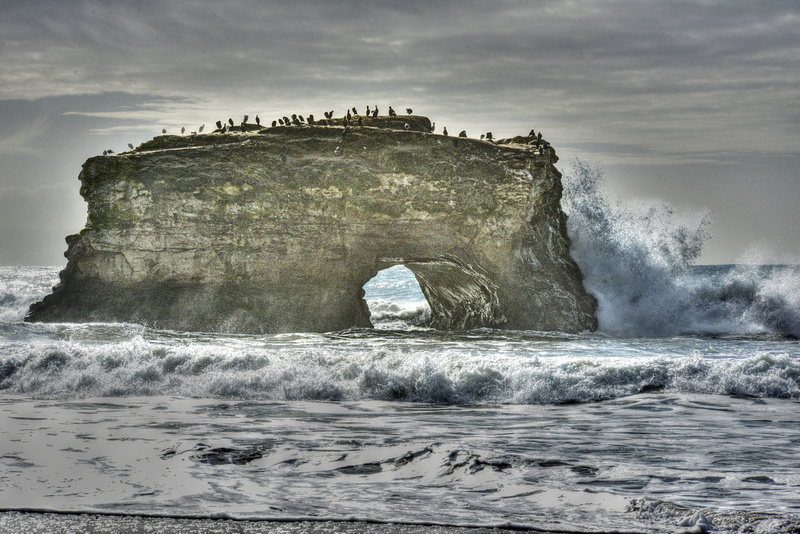 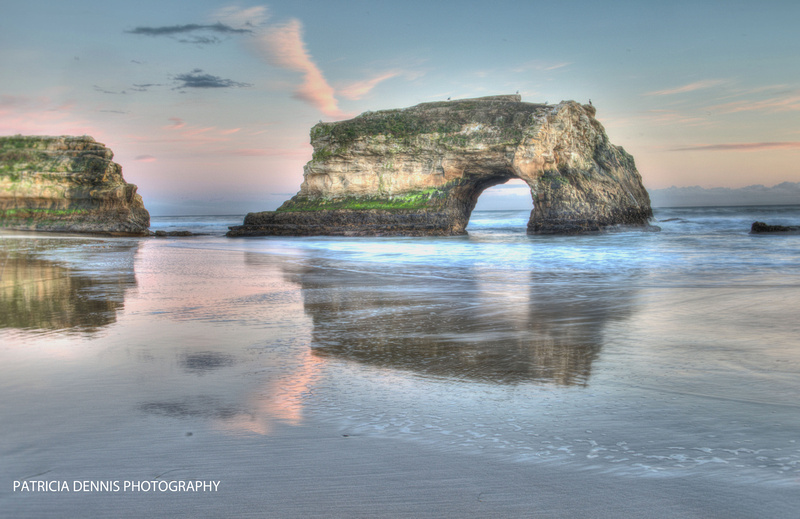